Men, too, are of course subjected to age discrimination, but they do not sit at the intersection of sexism and ageism that leaves professional older women without the glory or accolades — or, more importantly, real power — to show for their years of hard work. – Reuters

If you’ve spent any time on social media you’ve probably come across some of the conspiracy trolls who post hideous ageist comments and doctored photos of Hillary Clinton. These are urgently retweeted as if Dorian Gray’s painting has just been found hidden away in her attic. Donald Trump, who is actually older than Hillary Clinton, has amassed a laundry list of sexist comments of his own over the years: “And frankly, if Hillary Clinton were a man, I don’t think she’d get five percent of the vote. The only thing she’s got going is the women’s card, and the beautiful thing is, women don’t like her, okay, and look how well I did with women tonight.” Actually, at the time of that statement and now, Clinton  is still ahead in this demographic. If she wins Clinton will join an underrepresented but growing number of women leaders around the world [Pew 2015]. The 2016 election has shown that it’s well past time for national recognition of strong role models for older women.  A quick google search revealed the following – please feel free to add your own:

Supreme Court Justice Ruth Bader Ginsburg was, of course, only the second female justice in United States history, nominated in 1993 at the age of 60. She continues to serve on the Supreme Court and influence key decisions furthering the rights of women, and she has been on the Forbes list of “100 Most Powerful Women” as well as the subject of the popular Tumblr blog Notorious RBG celebrating her judicial accomplishments as well as her status as an inspirational part of women’s history.

Suu Kyi is Burma’s best known opposition politician, and the chair of the National League for Democracy, working tirelessly over the last 25 plus years on behalf of non-violence, peace, human rights and democratic rule in Burma, despite spending almost 15 of those years under house arrest by the existing government. She has received numerous international accolades for her efforts, including the Nobel Peace Prize and the Presidential Medal of Freedom, and as of 2014 was listed by Forbes as the 61st most powerful woman in the world.

A pioneering journalist who President George W. Bush called “the beloved first lady of Washington and American journalism,” Graham led the Washington Post newspaper to prominence during the publication of the Pentagon Papers in 1971 and the Watergate scandal in 1974. She took over the company in 1963 at the age of 46 and didn’t leave until 1993; during that time, she became the first woman to lead a Fortune 500 company and to serve as director of the Associated Press. Her memoir, written in 1997, went on to win a Pulitzer Prize for biography.

It isn’t surprising to hear that someone who has earned the moniker “the Iron Nun” wouldn’t show any signs of slowing down even at age 84. Spokane nun Sister Madonna Buder competed in her first triathlon at age 52 and since then, has competed in nearly 50 Ironman events and over 325 triathlons worldwide. Just this past month, she was dubbed the Ironman All World Athlete Champion for her age group – of course, because of her age, the Ironman organization keeps having to create new age brackets for her to compete in!

There’s one editor who can make or break a new designer in fashion, and her name is Anna Wintour. At the top of the Vogue masthead for more than a quarter-century, the 65-year-old Ms. Wintour expanded her influence over the billion-dollar confluence of fashion, retail and media by becoming artistic director of Condé Nast two years ago. As a testament to Ms. Wintour’s impact, the Metropolitan Museum of Art opened the Anna Wintour Costume Center at the Costume Institute last year—with a ribbon-cutting ceremony with first lady Michelle Obama. Ms. Wintour has raised more than $125 million for the complex, which recently underwent a two-year renovation. To support emerging designers, she has also led the Council of Fashion Designers of America/Vogue Fashion Fund, which awards annual prizes to up-and-comers.

Time Magazines Person of the Year 2015: The year 2015 marked the start of Merkel’s 10th year as Chancellor of a united Germany and the de facto leader of the European Union, the most prosperous joint venture on the planet. By year’s end, she had steered the enterprise through not one but two existential crises, either of which could have meant the end of the union that has kept peace on the continent for seven decades. The first was thrust upon her—the slow-rolling crisis over the euro, the currency shared by 19 nations, all of which were endangered by the default of a single member, Greece. Its resolution came at the signature plodding pace that so tries the patience of Germans that they have made it a verb: Merkeling.

It was personal for me when Hillary Clinton calmly responded to the racist tone of the current presidential campaign: “Everywhere I go, people tell me how concerned they are by the divisive rhetoric coming from my opponent in this election.” She sounded so different than she has in other speeches. With just the right tone, she went point by point backed up by fact after fact. And then everything turned upside down. Uncomfortable with gray areas, talk show hosts and pundits quickly reframed the dialog as a schoolyard scrap.

…the meme of both sides dragging the presidential campaign to new lows has taken hold across the media. This palpably absurd argument was being stated as the sad truth across the Sunday shows this morning. – Huffington Post 8/28/16

A newsroom that goes with “he said, she said” when a call can be made is engaged in reckless behavior that may easily blow up in its face. That wasn’t true ten years ago. But it is now. – Jay Rosen, Press Think,

I took a break from blogging about a year ago. Suddenly site visits on my website and Facebook page have taken an unexpected uptick. Given that the topic is workplace bullying, my guess is that watching journalists fail to rein in the damaging and often ludicrous misinformation that Donald Trump and his spox people hurl is triggering painful memories for victims/targets of toxic bosses. Those of us who’ve had our health, finances and careers turned upside down or destroyed by an abusive boss know all too well how difficult it is to have a meaningful conversation once the “he said, she said” door is opened. END_OF_DOCUMENT_TOKEN_TO_BE_REPLACED 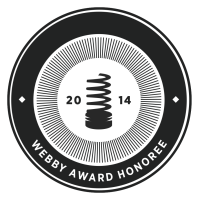