• bullied clients present challenges because of their strong negative affect – they feel wronged, treated unjustly by both indifferent employers, inadequate laws and betrayed by their union, coworkers, HR, and senior management

• because of the stress-related health consequences…, they may actually be incapable of rendering good decisions and weighing options rationally

• if traumatized, clients will present themselves angrily and be unrealistically demanding.

How can targets be better prepared if they are seeking legal advice? In this second excerpt from the new book, MOBBED! A Survival Guide To Adult Bullying and Mobbing, Dr. Janice Harper offers advice and tips on what to expect… 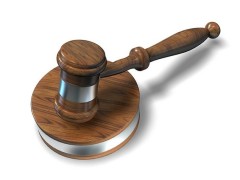 …Bring with you any EEOC or internal reports you may have filed, any final investigative reports, and any employment contracts you have.  If there are some specific documents related to your case, such as a termination notice or a clear communication of discriminatory treatment (such as a memo declaring a new hiring policy that workers over forty will not be interviewed, or an email telling you if you hadn’t reported the discriminating treatment, you would have been promoted, but because you had, you will no longer be considered for the promotion).  If the attorney agrees to represent you, there will be plenty of opportunities to show him or her all your evidence, but for the initial meeting, keep the evidence focused and selective.

Be sure you know the key dates of all hiring, firing, and other decisions.  The attorney will want to know when deadlines and statutes of limitation are coming up, so have a clear timeline written down that shows when you were hired, when you were promoted, when adverse decisions were made, etc.

Be clear about what you want.  The attorney will evaluate whether or not you have a potential legal case, and will want to know what you want to do.  If you have no legal case or don’t want to go that route, an attorney may still be able to negotiate a respectable severance package for you.  If you do have a legal case, your attorney can help you decide whether or not you should file a claim with the EEOC, file a federal or civil lawsuit, or take other action.

Be wary of the lawyer who is chomping at the bit to file a lawsuit, who assures you that you’ll make a lot of money, or who guarantees you any particular outcome.  Nothing can be guaranteed but more conflict.

If the problem still persists, and you decide you want to file a lawsuit, be forewarned.  It’s going to be a whole lot harder on you than it is on them.  Your boss and coworkers will go about their lives pretty much uninterrupted except for the occasional testimony they might have to give or meeting about what to do about you.  But they won’t lie awake at night worried about how they’ll survive without a paycheck.  That’s your problem.

Your bosses and coworkers won’t have to explain to anybody about why they should be hired and why the problem with you ended so badly—you’re going to have to be looking for a job and interviewing and explaining about what went wrong, but they’re not.  They’re busy working.

And your bosses and coworkers probably won’t have forensic teams comb through their computers, review all their emails (including the deleted ones) and check out every website they ever visited.  That’s likely to happen to you, but not to them.

In other words, the lawsuit is your burden, not theirs.

And it’s not going to divide and conquer them, if that’s what you’re thinking.  It’s going to unite them.  They will unite against you, just as you find yourself isolated from those who once were your allies.

The litigation process opens up a whole new can of worms that turns mobbing into a legal lynch mob.  Once you file a lawsuit, your conflict with your employer becomes a public record which anyone can look at.  It also exposes you to the laws of discovery, which means they can and will ask for your medical and mental health records (if you claim personal injury or emotional stress), your past employment records, your computer hard drives (sometimes even your home computer hard drives), any employer-owned cell phones, past addresses (so they can interview former neighbors), and the names and contact numbers of everyone you have ever discussed your job or employer with.

Moreover, contrary to what most people think, lawsuits don’t usually lead to speedy settlements.  Once filed, they drag on.  If they do not lead to a rapid settlement when they are initially filed (and they usually don’t, because in most cases the employer is given the opportunity to settle before filing), then there are two times when they are most likely to settle: right after deposition—which may be one to two years after filing—or right before trial—which may be two to four years after filing.  And if you think those years will fly by, you’re wrong.  They might fly by for your employers and coworkers, but the attacks against you will persist day in and day out without let up and in public for as long as you are involved in a lawsuit.  And remember: their attorneys are paid hourly.  It’s in their best interest to drag it out for years.

The complexities, intricacies and consequences of a lawsuit against an employer are so great that I address them in a forthcoming ebook, What to Expect If You Sue Your Employer.  But for now, just understand that a lawsuit is best left for those who have no hope of recovering otherwise, who are unlikely to find other work, and who have exhausted every possible remedy.  For the most part, if you are under fifty, you’re probably better off not suing, no matter how illegal or cruel your employer’s actions.

If you must file a lawsuit, however, do so knowing what’s up ahead.  If you are being mobbed now, understand that a lawsuit will only make the mobbing much, much worse.  Run, don’t walk, from a potential lawsuit if there’s any chance of finding another job.  You may suffer a huge blow to your income, you may have to move, but you will recover much faster if you get out of a toxic workplace as fast as possible, and do not end up battling in the courts.  A lawyer may be able to help you negotiate an exit, however, so by all means consult with an employment attorney, but preferably toward a peaceable resolution.  But because your employer won’t give a damn about peace-making with you, understand that whatever that resolution may be, you’ll probably get screwed.  But better to get screwed than raped, and that’s what’s up ahead if you file a lawsuit…

21 thoughts on “Lawyers and the Office Bully”