Amy, played by Laura Dern, is the main character in the Golden Globe winning HBO series, Enlightened. The program’s brilliant co-creator, Mike White, often steals the show as loveable, and presumably invisible, Tyler. When the marketing team for the series contacted us with artwork and a request to help promote their show on this blog I couldn’t resist imagining what would happen if “Amy”, whose newly enlightened state leaves her with an inner need to defend the victimized, decided to advocate against workplace bullying. The way Dern & White have written her character, she would no doubt end up as both victim and perpetrator. I once had a friend who was an Ad Exec who suddenly saw the light and the crass error of his career when he spent a weekend at an EST “experience.” His marketing talent helped him quickly rise within the packaged enlightenment program. That is, until he was ousted for attacking too many disciples as not getting “it.” He was brutal in his desire to show the newbies that they could never reach his level of awareness. Amy would no doubt find bullies everywhere in her corporate walls and neglect to see that she has become one herself. Here’s an example of a storyline from season one: 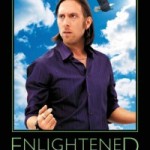 Worried that she is going to lose her job, Amy decides to endear herself to her boss, Dougie, by setting him up with his unrequited office crush who we’ll call Beth. They all meet at a local club but Dougie is already drunk and beyond obnoxious. When they hit the dance floor, Dougie spins away from Beth and makes a sexual lunge groping Amy’s b*tt. Horrified, Amy turns to Beth and tells her that if she dates Dougie she is an idiot. End of romance. The next day, Amy arrives late to work and learns that Dougie has complained to HR about her job performance and she’s about to be fired. Amy doesn’t lose a minute and contacts HR, not to file a complaint she stresses, just to let them know that Dougie’s complaint really originated on the dance floor. After the world’s briefest investigation, HR decides to back away and reunite Amy and Dougie as employee & boss in a moment that ends with Amy expressing the need for a big hug. And, reveals the lengths companies will go to overlook bad behavior by a boss who has a lucrative talent. Back in her basement office cubicle, Amy realizes that most of her co-workers actually resent her for coming in late every day, doing little to no work and generally spending her time on the Internet. Her most trusted enabler is 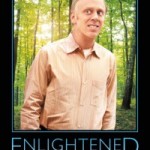 the wonderful long suffering Tyler who covers for her by doing her assignments. When Tyler acts on his wistful fantasies toward Amy she pushes him away. He, of course, steals the show because, at least for now, he is the only truly enlightened member of the cast. He just wants to stay low and keep his job. The horrible misdeed that banished him to the basement is yet unknown. In the parking lot Amy runs into another co-worker who used the HR investigation to speak her mind. A reminder that, despite all the personal dramas and misdeeds fueling Amy’s actions, in the end the truth is that Dougie was harassing employees.

The narcissistic character that Dern has created is at once both charming and offensive. One who sees everyone’s flaws but her own. In a recent interview Dern talks about creating the show:

[Amy] is so honest with everyone around her, which is why she is so hard to be around. She confronts everyone for their “lacking” -– she wants her mother to be better, she wants her ex-husband to be healthy, she wants the corporation she works for to be not based in greed, but the problem is that she has this need to fix it herself. Because there isn’t a real connection to faith, whether it is faith in herself or something greater, she still has this need to control. [HuffPo]

The trailer for the new season shows Amy enlisting Tyler in a scheme to blow the whistle on their employer and “speak truth to power.” Welcome to the world of workplace bullying and retaliation. Reruns are currently available on HBO and the new season premieres January 13th at 9:30pm.