My ex-boss was a rainmaker and it wasn’t long before I understood why I was one of a quickly growing list of people to have had that job. I soon found myself undergoing a heart cath procedure because I’d failed multiple tests. It turned out I was actually suffering the side effects of stress and the diagnosis was that I needed to quit my job. I decided to try reasoning with upper management one more time. All I wanted was a transfer back to my old position. I will never forget that day. He readily admitted that I was being horribly abused but then he brought down the hammer. If I thought I had some kind of grounds – I should sue because if I didn’t continue on in that position I was fired. I walked away from that experience keenly aware that fear of litigation on their part may well have protected me.

I’m a filmmaker so I started making short documentaries about victim/targets of workplace bullying. Each video highlighted the impact not just on the target but often for the family. My films allowed me to speak with experts, researchers, legislators, advocates, victims/targets, alleged bullies, business & HR reps, journalists and many others both here in the U.S. and abroad. At the time few people even knew what the term workplace bullying meant. It wasn’t until I made What Killed Kevin (reviewed in the Huffington Post), for which I interviewed the alleged bully boss, that I was able to recognize how subjective and tragic many of these situations can be for everyone involved. END_OF_DOCUMENT_TOKEN_TO_BE_REPLACED

Kansas has joined the growing number of States seeking out new legislative solutions to ensure dignity in our workplaces. The Kansas Organization of State Employees (KOSE) is pushing to get House Bill 2720, through their State Legislature to protect public workers from psychological abuse.  Click on this link to watch the Fox News report featuring KOSE speaker, John Bates.  Excerpts from the bill featured below  call on the state to adopt and enforce comprehensive workplace bullying policies.  Kudos to KOSE! We need this protection in the private sector too. END_OF_DOCUMENT_TOKEN_TO_BE_REPLACED 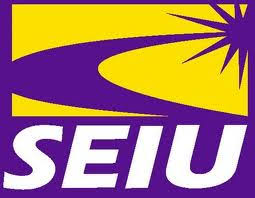 Included in the welcome changes to the bill’s language that the Senate approved are:  END_OF_DOCUMENT_TOKEN_TO_BE_REPLACED

Fortune/CNN Money’s article by Jonathon A. Segal, “Hard to Define: Even Harder To Ban,” clearly recognizes the severity and devastating impact of workplace bullying on the American worker and their employers. It’s been over ten years and 25 states since the first version of the Healthy Workplace Bill was introduced and still no takers. Segal sees a message in this #fail. END_OF_DOCUMENT_TOKEN_TO_BE_REPLACED

Workplace bullying is an important 21st century issue widely covered in the media and the internet. It is estimated to affect one-half of American workers, either as a victim or an observer of workplace bullying.

Columnist Jay Jefferson Cooke’s Nov. 10 article on bullying between football players prompted me to write this letter. Having tried workplace bullying cases in the NJ Workers’ Compensation Court before my retirement, I know that severe psychiatric injuries can result from workplace bullying; especially, when others gang up on the victim or condone the actions of the perpetrators by their silence. Employers also suffer negative consequences such as reduced productivity of its employees and increased medical expenditures.