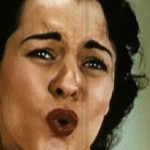 I’ve been hosting discussion groups and interviewing targets of workplace bullying for over 7 years and most victims of abuse really want an answer to what is no doubt the hardest question of all: why me?  An excellent article by Salin & Hoel in the new Journal of Managerial Psychology argues that part of the answer may be linked to how differently men and women perceive the severity – and definition – of bullying:

…when subjected to bullying men more often than women seem to confront bullies, but do not ask for help, while women more often use avoidance strategies (e.g. sick leave, request for transfer or quitting), look for help, or do nothing (Olafsson and Johannsdottir, 2004). In addition, women seek more social support (Hoel et al., 2002; Olafsson and Johannsdottir, 2004). Research on incivility has found that women overall report higher scores for coping dimensions in response to workplace mistreatment, which seems to indicate that women feel more strongly affected by negative acts (Cortina et al., 2002)…

The Media Emphasis of Catfights (arrggh!)

Journalists love to highlight woman-on-woman bullying stories and point to surveys that support their argument. But, all too these findings are presented without the context of the social dynamics that take place in our workplaces.  So if you’re wondering why it seems to you that women at work are “harsher” and more apt to bully, here’s what Salin & Hoel found:

…as men more often hold supervisory/managerial positions, men can more often use apparently rational work-related acts, while women, who more seldom hold such positions (and the rights that go with them), seem to show a preference for acts of social manipulation (Bjorkqvist et al., 1994). The fact that men are typically bullied by other men and often by superiors, whereas women to a higher extent face bullying from both other women and men, and more often than men also from colleagues and subordinates (e.g. Salin, 2003; Zapf et al., 2011; cf. Cortina et al., 2002, on incivility in courts), further helps explain why women more often face social manipulation and men more often face work-related negative acts.

…Gender socialisation theory also explains why it might be more acceptable for women to label themselves as victims, while the victim role clashes with the norms of self-reliance and independence as prescribed for men (Nixon, 2009). This can help us understand the reluctance among men to use the label “bullying”, even when subjected to negative acts (Bishop et al., 2009).

They Wouldn’t Dare Do It To A Man 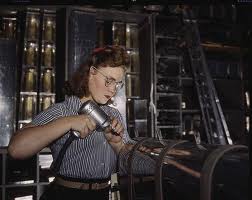 An Australian study from the Consortium for Diversity at Work argues that the traditional approach to workplace bullying as gender neutral actually masks the impact of abuse on women managers. And, this is perpetuated systemically by academic research literature and organizational approaches by employers:

While few interviewees were able to explain their reluctance to consider gender as an aspect of workplace bullying, many were adamant in their belief that should workplace bullying be linked with gender, or more specifically with women, its seriousness as an organizational issue would be undermined (Lee 2002). Kate, a policy implementor, argued: “If staff thought for a moment that this was a women versus men thing, we couldn‘t get any support for our policies.” In short, the political effect of 22 representing workplace bullying as gendered is that it is generally assumed to be about women. According to Sean, a policy implementor, the identification with women needs to be carefully avoided: “The reality is that once you mention gender, everyone thinks you are talking about women so we don‘t draw attention to women at all.”

5 thoughts on “Why me? How Gender Impacts Targets of Workplace Bullying”