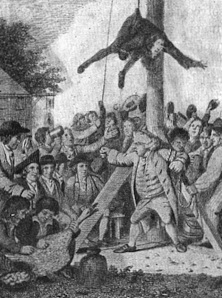 We all know it exists.  The co-worker that just makes their boss’ life miserable and meetings are power struggles that hinge on games meant to humiliate the manager and make them look foolish.  Or the employee refuses to provide important information or perform a task on time in order to sabotage their Boss and make them look inept to their superiors.   Maybe the employee’s ideas weren’t implemented or they don’t like the performance review they received.  Maybe they don’t like authority.   Groundbreaking research in this area shows that the impact is the same.  The study below found that: “Over half of the interviewees (including most of the managers who experienced an experience of upwards bullying) reported an increase in stress, along with anxiety symptoms such as shaking and sleeplessness. Interviewees also reported experiencing anxiety attacks and clinical depression.”

This is the type of post that results in my email box filling up with angry messages from innocent targets of bullying.  Before you read the vital information below please put your own experience aside.  Recognizing all aspects of bullying in NO way denies the impact of what you’ve lived through.  It doesn’t give a pass to bosses who abuse their authority to demean and destroy their employees.  Instead it allows a true dialog that encourages solutions that will actually work.  This type of approach doesn’t sell books, or self-help DVDs, or create a ground swell of support for legislation, but it does create dialogs free of vicious rhetoric and polarizing labels like “snakes” and “sharks.”

Here’s the presentation to the Australian Parliament‘s inquiry into workplace bullying.  Hat’s off to Australia for leading the world on this issue.  This was submitted by: Dr Sara Branch – Griffith University Key Centre for Ethics, Law, Justice and Governance; Dr Jane Murray – Bond University Faculty of Business; and Dr Sheryl Ramsay – Griffith University Griffith Business School.  Read the portion excerpted below deals only with upward bullying.  [Download pdf]

Prevalence and Affect of Upwards Bullying in Australia

In addition to health impacts, managers also indicated a number of personal impacts, such as intention to leave or leaving the workplace, not wanting to go to work, a loss of confidence, concern for safety and thinking they were insane. In addition to managers appearing wary about seeking support, a related personal impact was that over half of the managers seemed to be concerned about how being bullied by a staff member or an allegation of bullying (or similar) might affect their career. In addition to concern for their career, it also seems that the experience of inappropriate behaviours by a staff member or upwards bullying can affect how a manager behaves at work. Almost all of the managers interviewed described how their behaviour at work changed as a result of their experience of inappropriate behaviours or upwards bullying by a staff member. Changes expressed by managers included constantly bracing yourself for what was coming next, ensuring ‘all their bases were covered’, becoming protective of self, and becoming wary or reluctant to address behaviours in the future. Therefore, it appears that the experience of upwards bullying impacts on a manager’s confidence, and their ability to fulfil their day–to–day duties. In particular, managers expressed how their experience of feeling bullied by a staff member or witnessing others in upwards bullying situations made them wary or reluctant to address behaviours by staff in the future. Even managers who discussed the managerial work environment appeared to be wary about managing staff due to incidents of inappropriate or abusive behaviour. Thus, it appears that the experience of upwards bullying or the possibility of upwards bullying can make managers wary and protective while at work, and can have a substantial affect on their ability to function at work.

Furthermore, according to those interviewed, the impact of upwards bullying appears to go beyond the manager. Comments by interviewees suggest that the manager’s workgroup and the organisation are also affected. Naturally, as the manager becomes protective and wary, this impacts upon their own productivity and, as a result, upon the organisation’s productivity. Two-thirds of the managers interviewed (the majority being those who described an experience of upwards bullying) explained how their productivity was reduced as a result of their experience. This was mainly through involvement in disciplinary or grievance investigations which took them away from their normal duties, or through constant challenges to the manager. Others described the reduction of their productivity as due to their concern over what could happen next or because they didn’t want any contact with the staff member.

In summary, it appears that upwards bullying impacts on the health and work environment of those who experience and those who witness it, as well as affecting the workgroup. As one of the participants who reviewed the findings of this study, as part of the member checking process, stated: our area [is] still experiencing long term deep resentment by some staff and [a] supervisor left to take up another position because of the attitude towards him. It appears that the impact of upwards bullying or inappropriate behaviour by staff can have similar impacts to other forms of workplace bullying; that is, negative effects on health as well as long term work related effects.

The questionnaire study also confirmed that upwards bullying negatively affects a managers’ job satisfaction and organisational identification, and increases their intention to leave. Results from a one- way between-groups multivariate analysis of variance suggest that managers who self-identified as having experienced upwards bullying feel less supported by their manager and colleagues than those who have not had an experience of upwards bullying.

6 thoughts on “When Bosses Are Bullied”