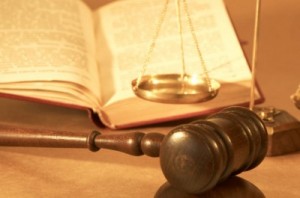 So, here we are again.  It’s 2012 and we’re coming to the end of yet another legislative session.   Massachusetts still holds great promise in being the first state to pass the Healthy Workplace Bill even as a rapidly approaching deadline, July 31st, ticks closer.  I spoke with the office of Ellen Story, the HWB’s sponsor, and they told me that they really want to pass some form of legislation on this issue.  Originally they tried to pass a study bill but it died.  So when the HWB became available they grabbed it.  Yes, it’s written in a way that greatly favors the employer more so than the person seeking damages but at least the victim/target can get unemployment.  That’s what they told me.  But, the real question is can the HWB or any other legislation fix workplace bullying?  Here’s an article written by an Australian researcher who’s dedicated over 10 years trying to figure out what can.  Her findings are sobering.  Whatever state legislators accomplish it is time for the Obama Administration and the Department of Labor to bring clarity to this issue on a national level:

Can we fix the damage caused by workplace bullying?

By Diana Kelly, University of Wollongong, republished from The Conversation

For more than a decade I have been researching aspects of workplace bullying – that widespread and scurrilous set of activities where those in power (about 75% of perpetrators are managers and supervisors) attack, demean, demand or destroy their subordinates.

It occurs often enough that it is deemed costly, although academic assessments of employees experiencing bullying vary from 5% to over 50% in the last year.

Workplace bullying is not new – Dickens offers some excellent examples of bullying, but it has become more widespread and more insidious in recent decades – perhaps reflecting changes in management practices and managerial prerogative, larger workplaces and greater pressures on labour productivity.

Over those ten years of gathering data and surveying workplace bullying, I have all the while held hopes of completing a scholarly and useful research project called “Workplace Bullying – Fight, Flight or Fix?”

I dreamt of doing research which would show how bully targets had dealt with bullying – not been damaged or destroyed. The trouble has been, that in my informal research for setting up this project, I have found almost no good examples of “FIX” – no legislation, policies, processes, or interventions that might offer exemplars to remedy instances of workplace bullying and make bloody sure it doesn’t happen again.

No – almost none – and while my file of articles on workplace bullying over the last 10-12 years is more than two feet high, real examples of FIX are almost non-existent. Like a Greek chorus chanting the progress of a tragedy, those hundreds of paradigms of excellent research, measure, survey and describe workplace bullying in many occupations, sectors and organisations, exploring the causes, consequences, targets, perpetrators and bystanders in workplace bullying – but almost never a FIX.

And yet – and yet … surely there are answers – aren’t there?

Certainly, there is no end of concern about workplace bullying. Not just the Greek chorus of we, the academic researchers, but also clinical and organisational psychologists, management theorists, businesses, trade unions, and governments. Bullying is an anathema to the fair minded and efficiency oriented, and yet it seems to grow in incidence and impact.

The Australian government wants to investigate the incidence of bullying and the scope for government intervention in its Inquiry into Workplace Bullying, amidst a push to extend Victoria’s so-called Brodie’s Law nationally.

Inquiry submissions closed last week and national tours of the Committee will take place in July. (Trouble is – they are only going to major cities – yet workplace bullying is a country issue too, as the death of a country Ambulance service employee demonstrated.)

Nevertheless, this is a good initiative – if it can follow through on its findings and if it one of many initiatives – but workplace bullying is hard to diagnose and even more difficult to “cure”. In the UK, the outstanding Labour peer, Baroness Anne Gibson was nearly successful in the late 1990s in getting a Dignity at Work Bill through the British parliament. Of course it failed ultimately – workplace bullying is widespread but it is too diffuse and there are no discernible blocs of voters among the bullied to compel the uncaring. What Baroness Gibson did achieve was a million pound float of the Dignity at Work project and even a National Dignity at Work Day – November 5.

But still bullying is a major issue in the UK. Even if there had been legislation, there would need to be many more initiatives to combat and confound workplace bullying. A multi-faceted problem needs multi-faceted responses. And it needs to start at the level of the organisation and the workplace – and start from the very top of the organisation.

As a great NSW Board of Anti-Discrimination President used to say – “the fish rots from the head” – and workplace bullying – like discrimination and occupational health and safety – are only addressed in the organisation when the board of directors and senior executive are committed to good practice.

This is perhaps even more so with workplace bullying – the Greek chorus of researchers have found that organisational culture and socialisation practices and processes are major determinants of bullying. Improve the culture, make bullying and harassment as grievous as damage and destruction of physical property, and the bullying may decline, just as many forms of discrimination have declined in recent decades.

So it make makes sense to start with the most senior leaders – but it is a vexed solution too. As the researchers have also found, those same managers are driven more by fear of litigation and the will to power. From such perspectives, even the merest hints of bullying must be hidden, the bullied targets swept aside or out of the frame altogether, for litigation not only brings costs but it also damages organisational reputations. For many, such concerns are much more important than fairness and human dignity at work – and with increased competitive pressures and the strengthening of managerial prerogative in recent years, imperatives of senior leaders are unlikely to change.

Diana Kelly does not work for, consult to, own shares in or receive funding from any company or organisation that would benefit from this article, and has no relevant affiliations.

This article was originally published at The Conversation.
Read the original article.

1 thought on “Workplace Bullying: Is there a solution?”